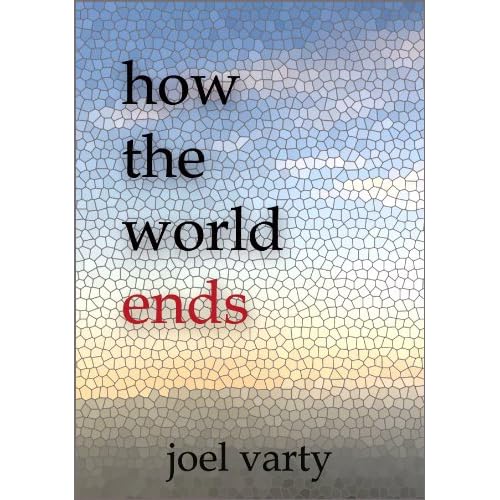 It starts with a normal day, Jonah’s commute to the city is like any other.
And then there’s no gas.
And then the electricity is gone.
And then everything goes to hell.
My first novel has been released on the kindle store here.
Check out the sample!  If you don’t have a kindle, and would like to try a sample, you can do so here.
more later – joel

This quote stood out for me, from Bill Keller, executive editor of NYT.:

An altogether different moral dilemma falls to me, and it has cost me some sleep at times: What is the obligation of those who send journalists to war? We pay these people to risk their lives. (The day rate for combat is double the rate for less dangerous work.) We put them up for prizes. We are literally their enablers. When someone gets hurt, is it my fault for encouraging them to take chances?

Here is the article.  Great piece.  Not too often the most telling and revealing bits are saved for the very end paragraphs:

My general sense of the employer’s responsibility is this: We have an obligation to provide the equipment and training, to make clear that we do not consider any story or picture worth a life and, if they get in trouble, to do everything in our power to get them out. But they are there. We are not. We should hesitate to second-guess decisions they make on the ground. (They do enough of that themselves.)

I originally found the link to this from Gizmodo, here.

I started working as a software developer twelve years ago.  I was coding LotusScript (hard to write that without cringing now) and Java for web enabling a CRM app on Domino server.  I think those products are still available now – although IBM bought them and changed the message.  I gave it up when the transition to DB2 from NSF never materialized and writing Java on the backend never got better.  Maybe that’s changed now – I don’t know.

I moved to .Net and haven’t really looked back.  Everything in ASP.Net has made sense to me – even when it didn’t make and sense.  For instance, the whole idea of server controls was a great idea at the time – it was certainly a reaction to the crap we’d seen from ASP 3 and it was vastly different from PHP.  Server controls are still there, but we’ve moved past them (at least for new stuff…).

Now the focus is on MVC style ASP.Net apps, which makes the world way easier to understand.  Beyond being able to test each layer of the app and to more easily separate the concerns of each of them with tighter rules, we can finally draw a direct line from the start of the web request all the way through to the end without having to recurse through all the various events on each server control that may or may not be rendering at any given time.  Life is a bit easier.

I’ve moved from just getting things onto the web (which funnily enough was a tough sell back in 1999) to making things easier to develop with (which ASP.Net web forms is essentially) to making things more robust for apps and sites that can be built upon and expanded over time without losing their underlying usefulness of design.  Oh, I worked to build this little thing in there too.

What’s really cool, is that Agility CMS hasn’t really changed in six and a half years.  We’ve just expanded the base and tried to make it simpler and easier.