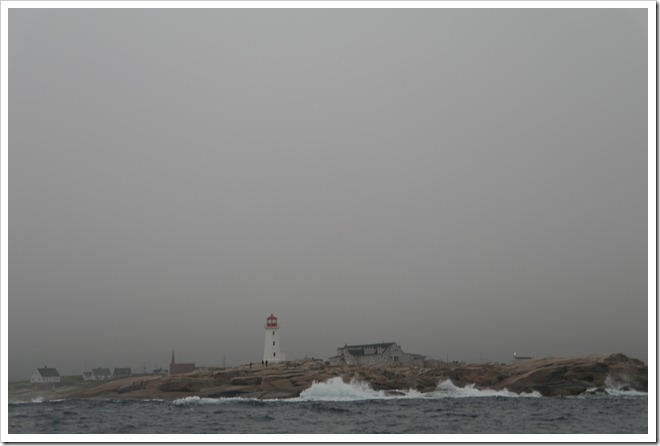 After two days of waiting for good weather, we were finally able to get out on the water and try our hand at deep sea fishing.  The winds yesterday and the day before were in excess of twenty knots, which mean the chartered boats aren’t allowed out with passengers.  More’s the pity, but it ended up being a good thing, since windy days make for wavy days, and wavy days make for pukey days.  Just ask Harry about that…

He did catch a few nice fish though, and the beauty of fishing off the east coast is that you can pull in three fish at a time if you jig them just right. 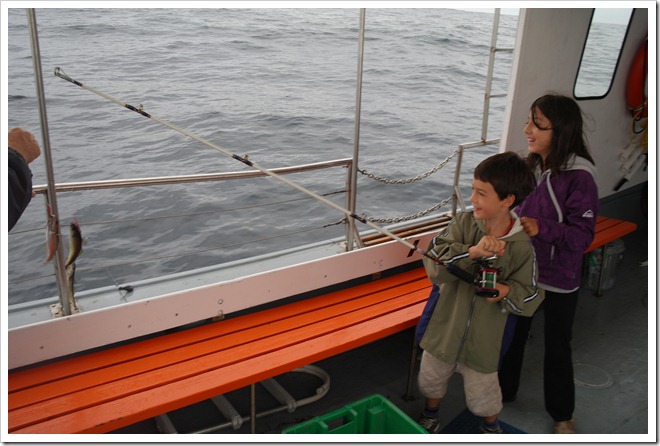 We were hooking Pollack (which we threw back), Cod (which we kept a few of), and a few Perch, which are extremely bony and scaly, and have rather amusing front teeth.  Gemma caught a couple, one of which was promptly eaten WHOLE by a seagull.  Once he started eating it, I think he tried to cough it up, but the bony fins only go one way… it’s the only time I’ve ever seen a bird have a look of deep regret on it’s face. 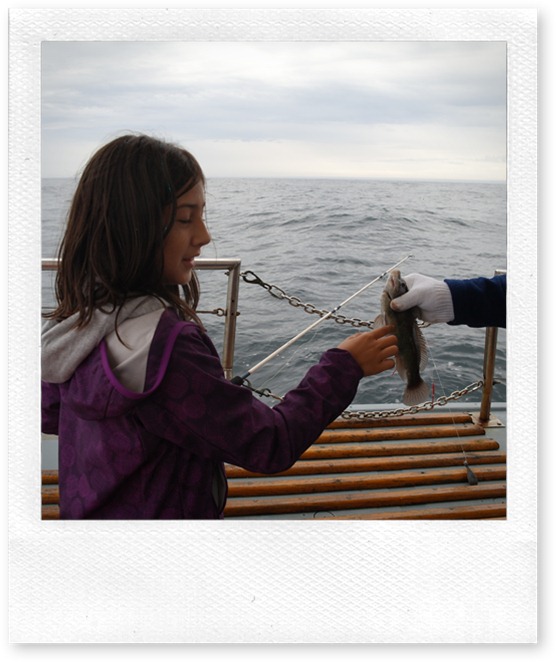 Gemma was helped out here by a real fisherman from Port Dover, near to Peggey’s Cove, named Kevin, who was out for his first time on a chartered fishing expedition as a helper to Peter, who runs it (and can be seen piloting the boat).  Kevin had some good stories to tell and he was very excited to see young kids hooking some big fish. 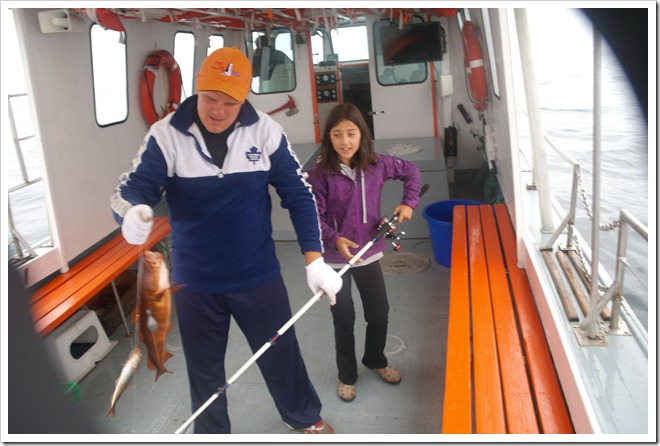 Unfortunately, Peter forgot to load his net on the boat, and any fish bigger than six or seven pounds got away.  You can see this one in the water that Gemma had one, and Kevin made a brilliant attempt to snag it with his bare hands, but it escaped under the boat and away.  I also had a big one hooked, (huge, I’m telling you) but it broke the line as I was reaching over for it. 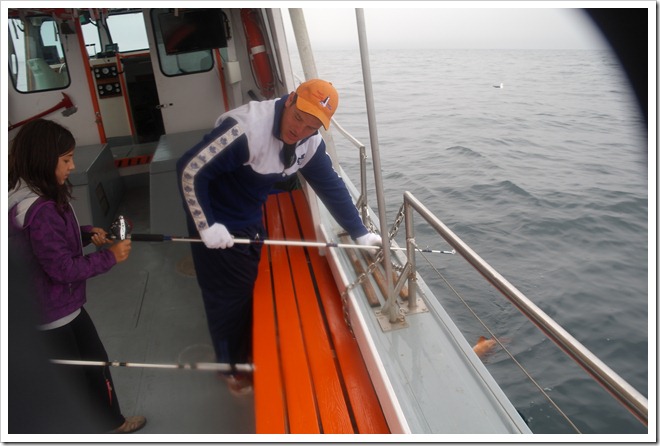 This is the biggest one I was able to land, and since we’d already caught enough for supper, I threw it back.  Lucky for him, the seagull with eyes bigger than his belly already had a belly full of perch. 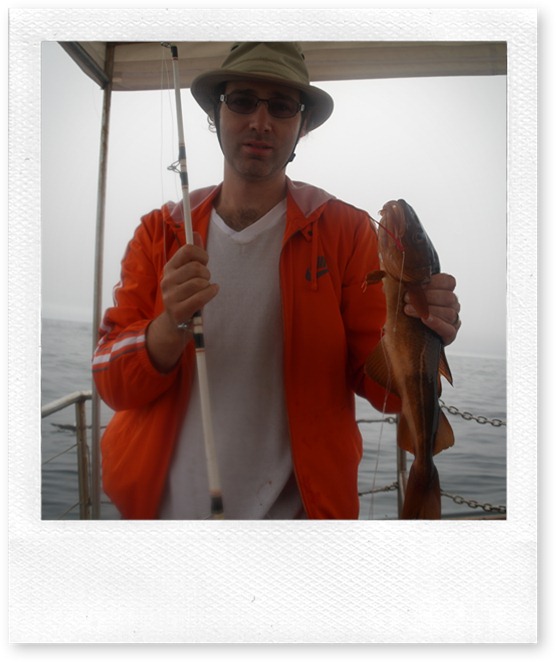 It was a great way to spend the morning, and if you are ever in Peggy’s Cove, find Peter and get him to take you fishing, it’s a great experience, and if you barf, he’ll bring you back in and still take everyone else back out again…  He stopped the boat rather abruptly as we were coming back in the last time and swore that he’d seen a finback whale over the starboard side, but we couldn’t spot it a second time.  Oh well… maybe next time. 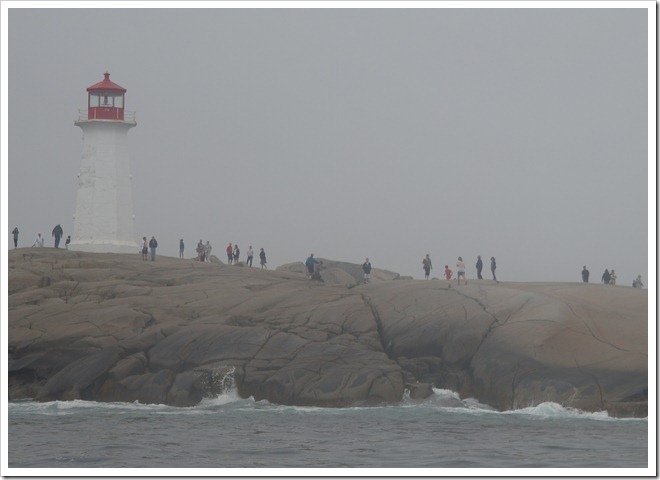 Can you spot the boy who barfed in this picture?

Later on we found another lighthouse near Terence Bay, but the light wasn’t working.  An unlit lighthouse is a sad and lonely thing.  This has been the fate of many of our beacons of light along the east coast. 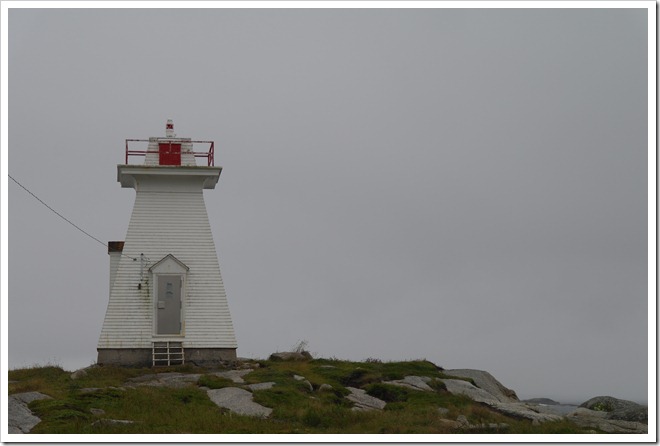 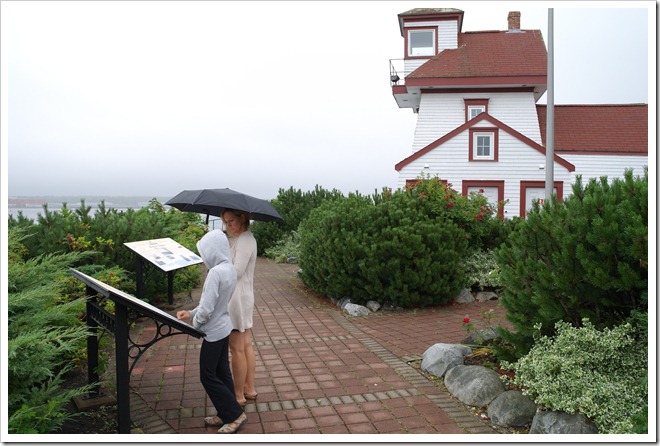 This is the old lighthouse at Liverpool, Nova Scotia.  The neatest thing about it is that you can go right inside and see the view from there.  This was a lighthouse that had a live-in keeper and there is a good story about the keeper’s son who was a awarded a silver dollar from a schooner’s captain in 1936 upon successfully guiding the vessel through the fog using the horn.

The thing about Liverpool? Virtually empty.  We didn’t see any other visitors in the whole place, hardly at all.

Later we stopped at Beach Meadows.  It’s a heck of a nice beach, even on a windy day.  In fact, I think we had as much fun there in the rain as we would have had in the sun.  It really is a treat to have the place to yourselves. 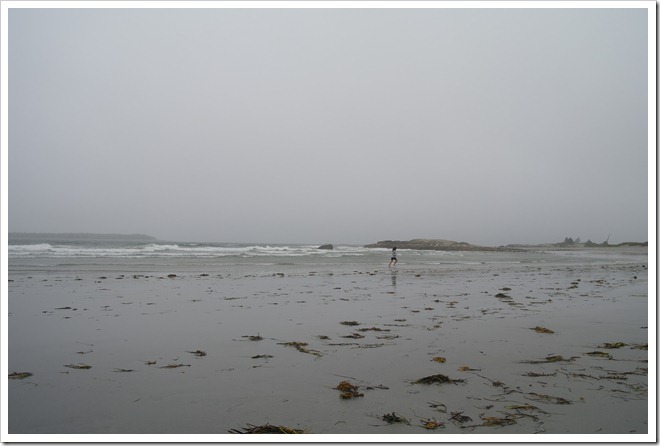 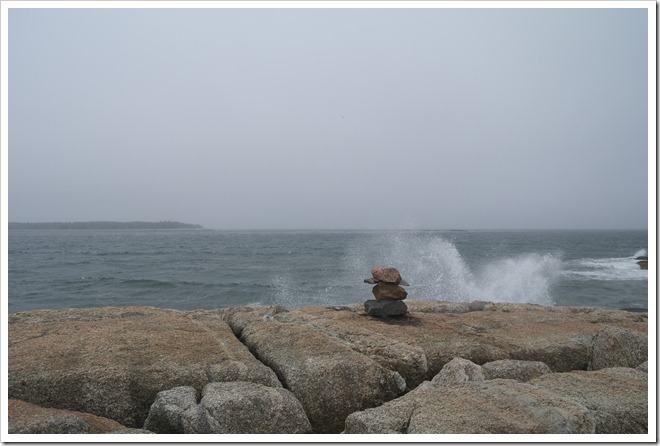 Back at the cove, Poseidon was not happy. 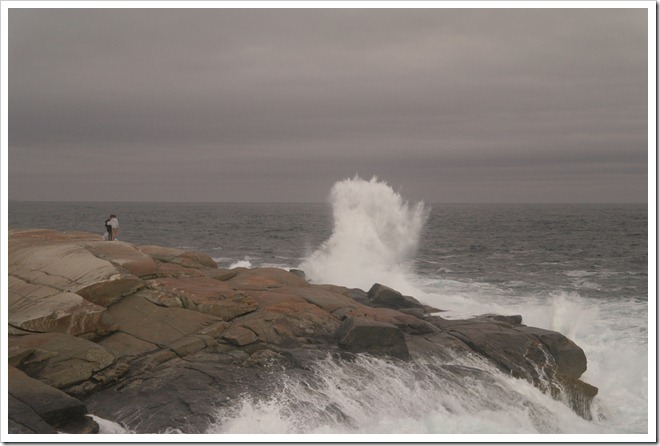 However, when you are after a decent photograph, that’s not such a bad thing. 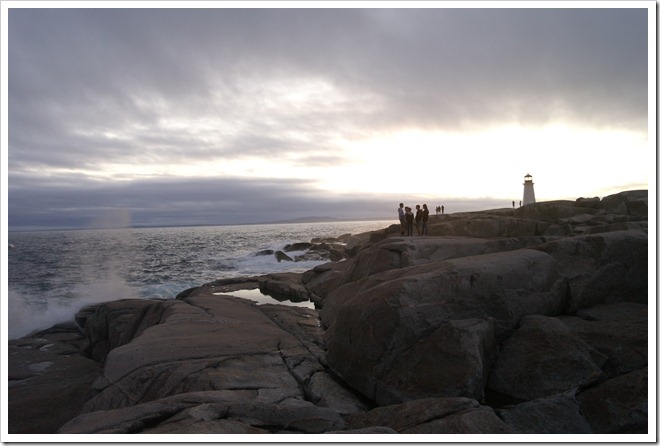