I’ve had my second novel, Descendent, finished for a while now, and I am wondering whether I should self publish on Amazon again, or find an agent.

I self published my first novel, How the World Ends, on the Kindle, to see what would happen.  It sold several hundred copies with positive reviews, without any real effort on my part.  I think it’s worth spending the energy this time around to do it right in terms of marketing and finding the right publisher, but I need help in that regard.

Here’s the pitch for Descendent:

Six-year-old Laurel has been six years old for two-thousand years.  He doesn’t age, but a group of assassins have been trying to kill him for centuries.  Vincent Carpenter is a former Special Forces operative. The two meet at Manchester airport as Vincent is attempting to prevent a terrorist attack.  The target is the boy.  Vincent, we discover, has been his protector since the days of ancient Rome.  As they attempt to outrun their pursuers, Vincent begins to remember his previous lives, and Laurel “takes” him there with his every touch.

Descendant is part thriller and part historical novel. It’s a story that moves swiftly through many different settings, and at 75,000 words, it’s a quick and exciting read.  I think it’s a very marketable book.

Contact me (joelvarty at gmail dot com) if you think you know an agent that might be interested, and I will send a portion of the manuscript through. 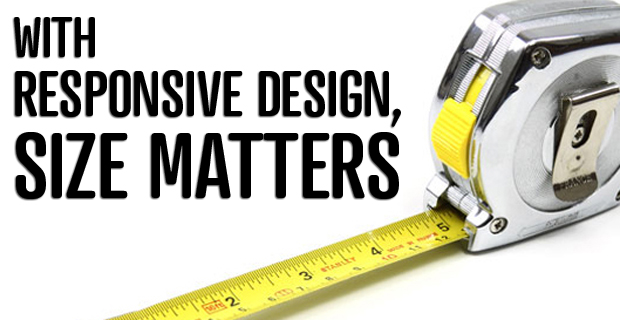 If you think the iPad was big for online publishing, you ain’t seen nothin’ yet. The tablet and mobile space is about to get much more crowded, and whether or not these devices succeed may depend on the kind of content the responsive web has to offer.
[Source]

This is a true story.
Written by Joel Varty on behalf of Gemma & Harry. 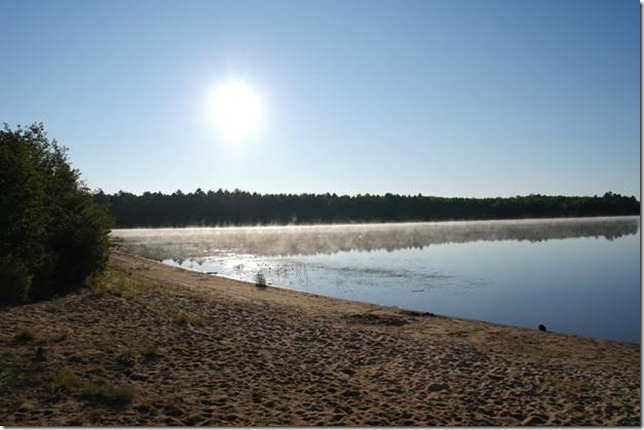 It was eight o’clock in the morning at Bottle Lake, nestled deep in the Kawartha Highlands provincial park. The mist was still rising from the warm water, stirred from its glassy surface by the sharp coolness of the air. A hawk circled the beach, riding the currents of the wind. It spotted movement down on the sand, but there wasn’t much to see. It was puzzled, so the large predator bird of the northern skies banked and twisted up and down the shoreline, not wanting to give itself away, but also not giving up on a chance at a nice breakfast. 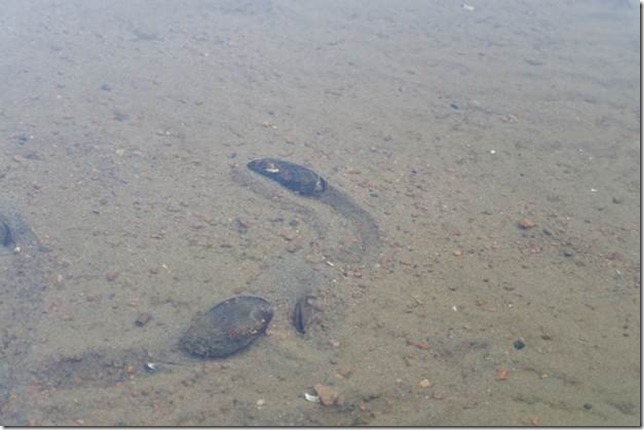 In the shallow water, some clams moved slowly through the sand, pushing themselves along with a fleshy foot. Their siphons were stuck out from their shells like two trailing antennae, capturing water and filtering it for food and oxygen.
This wasn’t what the hawk had seen though; it was focused on something different. 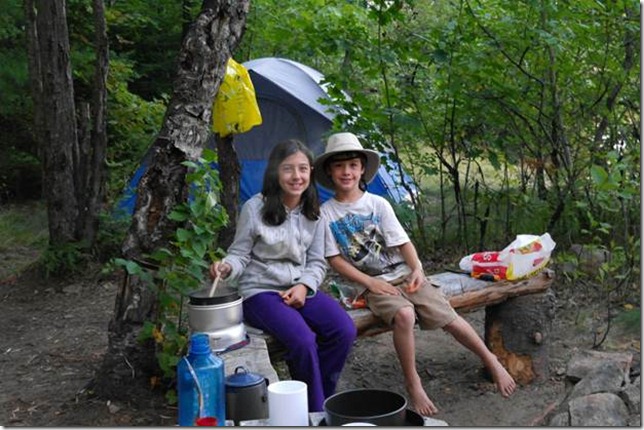 Harry was the first awake in his tent, as usual. He was seven. His sister Gemma was ten, and she, almost like a wily teenager, liked to sleep in as late as possible. Even when camping. Here is a picture of them from the day before, when they had boiled water for hot chocolate on the fire, and cooked dinner on the silent Trangia stove, which burned a tiny amount of alcohol for fuel. 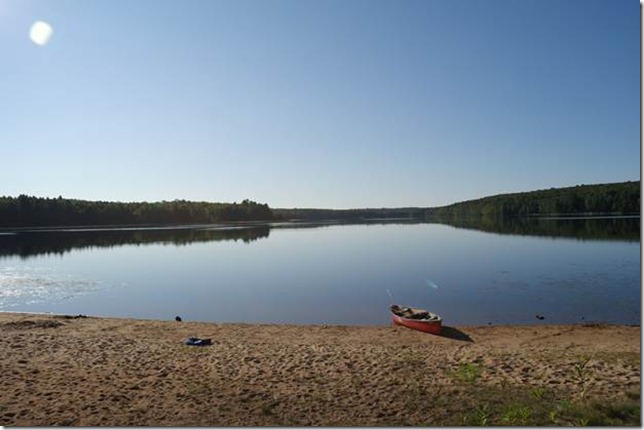 On this cool and almost frosty morning they were bundled up in their sleeping bags when their Mum and Dad went out in the canoe to take supplies back to their truck. They wouldn’t be back for at least an hour. 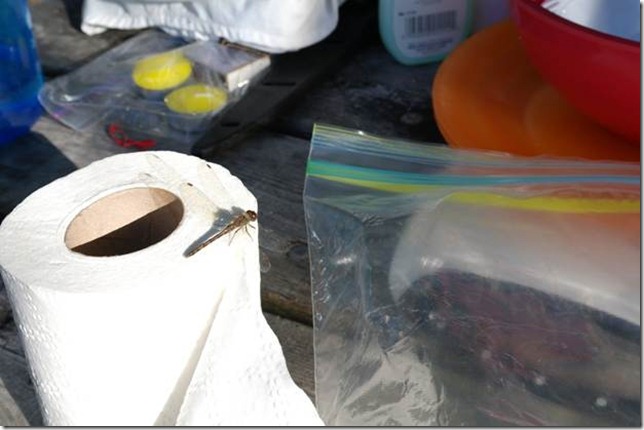 The kids were free!
What would they do with the time?
First, Gemma noticed a dragonfly on the toilet paper. Then she got some water from the spring in the wash basin and coaxed Harry into washing his face with actual soap. This was not an easy task, as Harry seemed to actually like being dirty. Gemma attributed this to his being a boy and moved on. 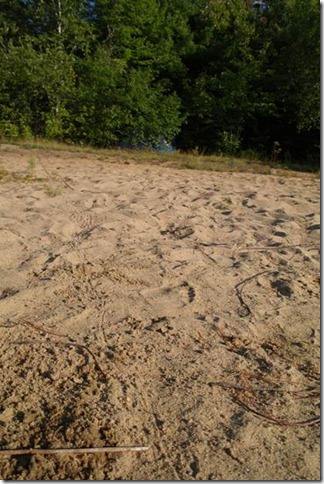 The first thing she noticed when she walked onto the beach was some strange markings made in the sand. They looked like lines drawn with a stick, and there were little dots running down either side of the line.
They led down to the water.
Harry followed the line of tracks from the water back up the sand to a hole not far from the grass.
They looked inside. 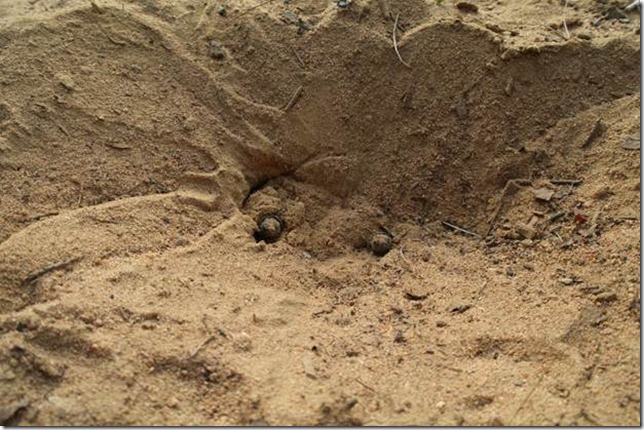 Two little heads were poking their way out of the sand.
They were turtle heads!
The smallest turtle heads you’ve ever seen, for they had just hatched. Their eggs had been laid months ago, and they had finally cracked their way out, one by one, and in this case, two by two. 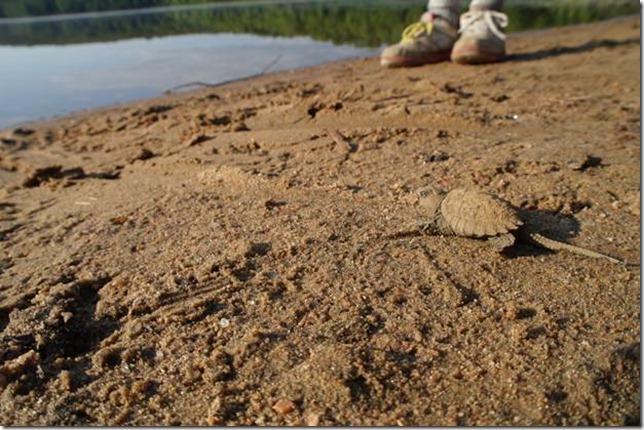 It was a long way to the water, but the turtles seemed to know what they were doing, so Gemma and Harry just watched as the babies made their way down the beach. Overhead the hawk decided the little disturbances in the sand were too dangerous to follow, now that these colorful children had come out. He spun away on the wind in search of new prey. 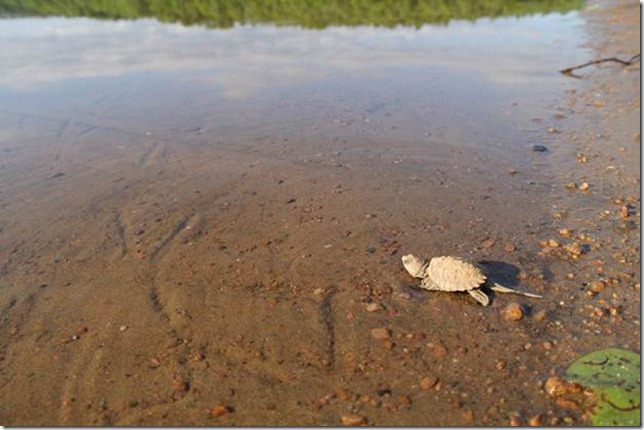 The children watched like nervous parents while their little charges made their first steps into their new, wet world.
Each turtle took its own little route down to the water, some slow, some hurried and bustling. Each one never hesitated, though, when it stepped into that vast new liquid body that would be their new home. 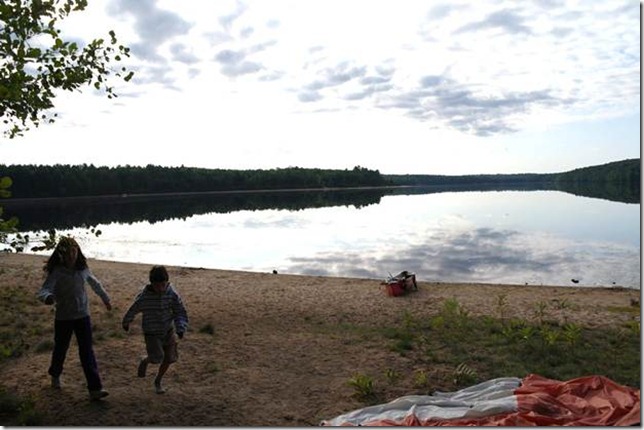 When Mum and Dad came back, the two kids couldn’t wait to tell them the news. The grownups had missed everything!
Twenty turtles had hatched and swum while they were gone. The kids had taken care of all of them. 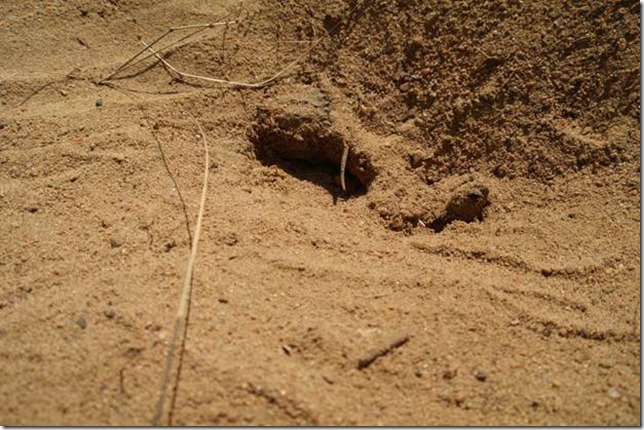 Gemma and Harry showed the hole where the turtles had come from.
“Look!” Harry cried. “There’s two more!”
“Where?” said Dad. “I don’t see anything.”
Gemma carefully pointed out the tail and the head of the newly hatched babies. 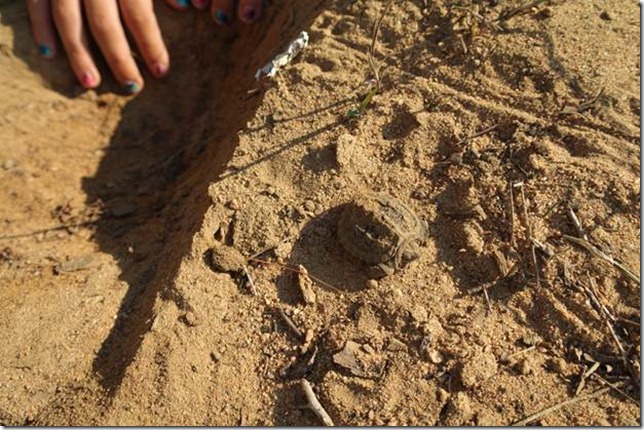 “This one seems a little grumpy,” Harry said. “He keeps stopping and tucking his head into his shell.”
“Maybe he’s shy,” said Gemma. 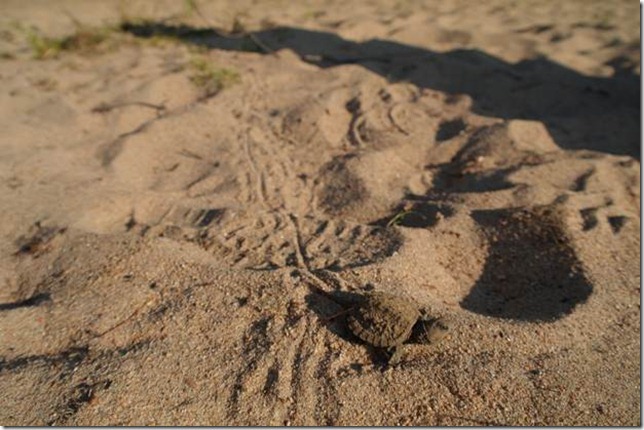 When the last shy, grumpy turtle finally made it near the water, he seemed to turn his head, as if to say goodbye. 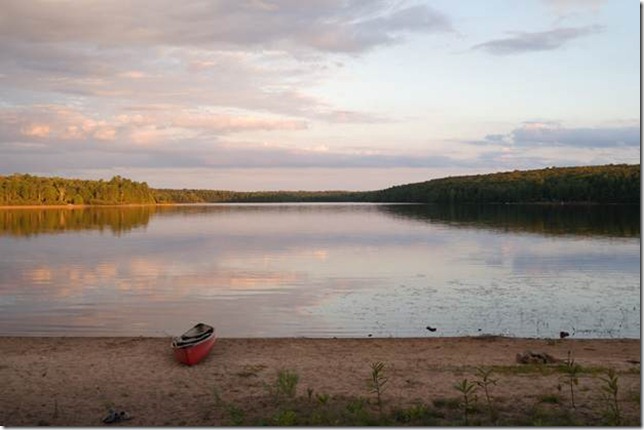 Mum and Dad and Gemma and Harry stayed until they knew it was time to leave.
The sun was starting to set – they had left it maybe even a little too late, but it was hard to say goodbye to this enchanting lake where they knew some friends were swimming. 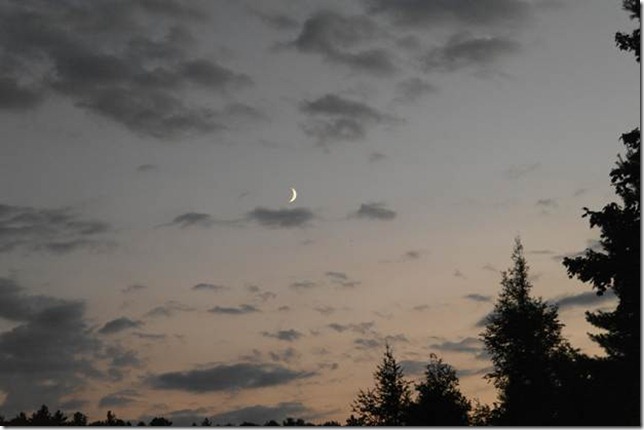 The kids told their parents that they would like to come back next year.
Mum and Dad agreed.