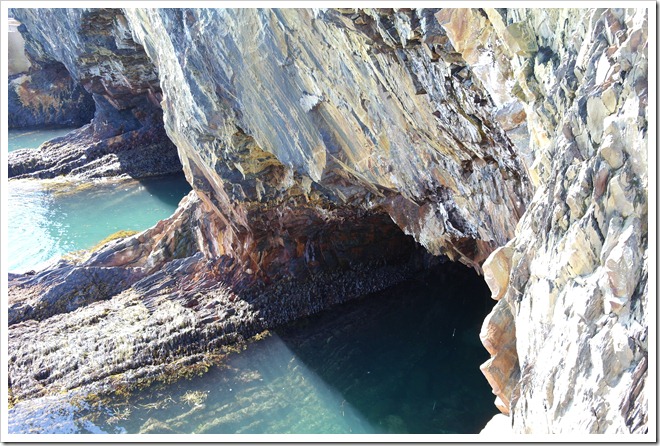 We travelled today to “The Ovens” – a series of caves located along the eastern shore about an hour from the cove.  The folks here have created a trail so that you can walk right inside a couple of them. 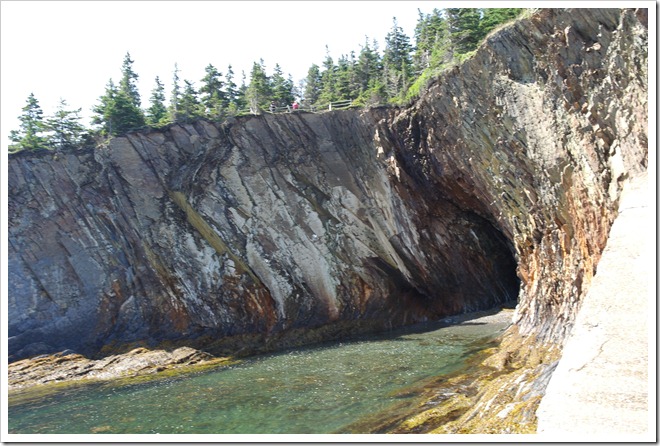 This is also the site of the 1861 Nova Scotia gold rush that was rather brief, as all gold rushes tend to be.  Apparently the original beach sand was bagged up and taken by boat back to Wales.  The rest of the sand and dirt left behind was sluiced and panned until only the iron was left behind. 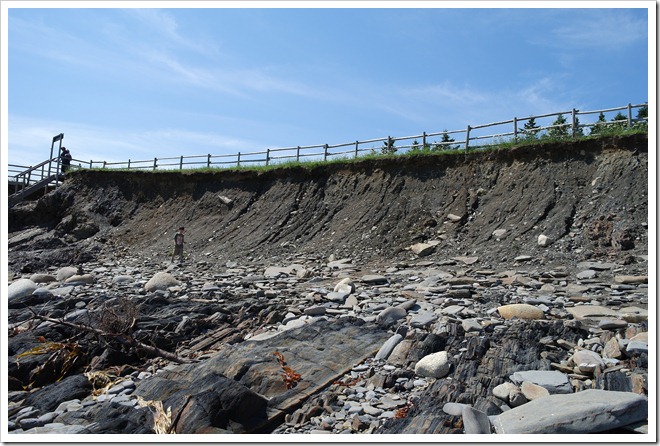 Now they rent pans out so you can try your luck.  Beware though – the shiny stuff is actually “fool’s gold” – iron pyrite.

After that is was on to Lunenburg, which is a UNESCO world heritage site, home of the Bluenose.  Also, there is a memorial there for seamen who have been taken by the sea.  One of my ancestors on my mother’s side is listed there, but I don’t remember the name. 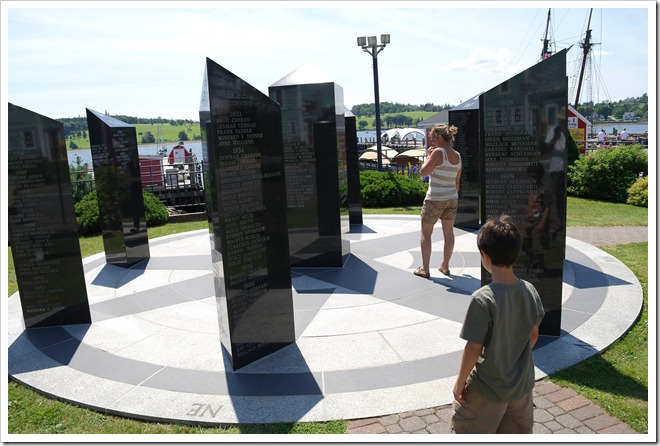 And finally, after roasting in the heat all day, it was time for the beach at Queensland. 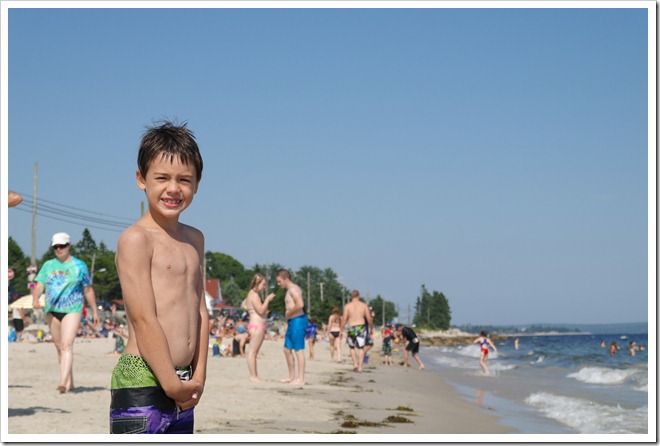 We arrived home to one of the best sunsets I have ever seen. 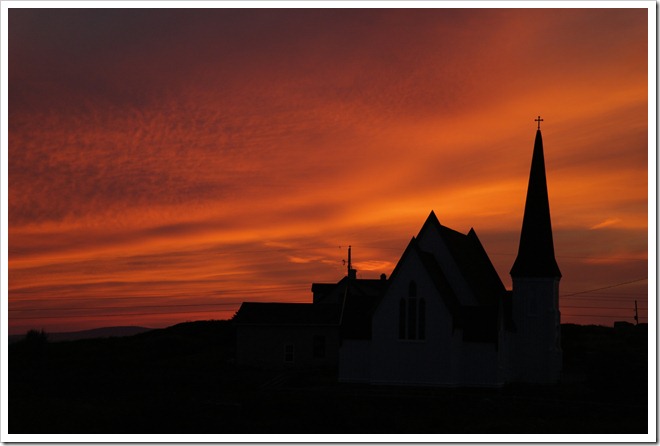 I left my camera at home to enjoy it over at the rocks by the lighthouse, but I couldn’t resist this shot of the church at the end of the day.